Let's prove Middleton & Belle Isle can get real representation. A vote for me is a vote to get our community the investment it needs. Then we all win.

I work and live in this Community every single day. I have lived here all my life. It does not take an election for you to see me around. We deserve better than absentee councillors; Middleton & Belle Isle deserves better.

We deserve real representation for Middleton & Belle Isle. Ask yourself: What were our councillors doing for our community before they were elected? Nothing. Even once they are elected, what do they do when there is not an approaching election? Not much.

If I win, you win, so Win With Wayne.

I believe in working with our Communities to make Middleton & Belle Isle a better place for all of our families.

I ran the Not My School campaign that helped get over 60 children a local School, Cockburn High. The council has wanted these children to get a bus half way across the city. We were happy we avoided that, but it highlighted the failures of the Council. For too long, they were indifferent to the pressures that builldng more homes was having on local schools. 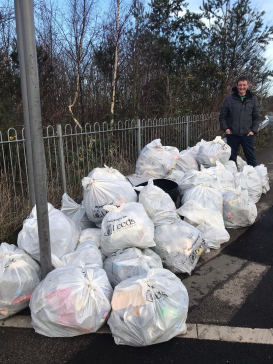 I beileve by working together we can improve our environment, reduce crime and build a better place to live.

However, we also need more investment. If you elect me to represent Middleton and Belle Isle, I will make sure we can get that investment. Then we all win. Win With Wayne. 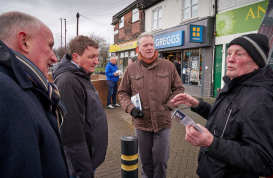 I believe in working with local businesses to help them develop and grow. That way they can offer more career opportunities to people in our community.

The SDP has a strong Industrial policy and if elected, I will make it my personal mission to take this philisophy into Leeds City Council. A vote for me is a vote to make sure tehre are more employment opportunities inMiddleton and Belle Isle. Vote Wayne Dixon SDP and we all win, Win With Wayne.

Support for local business is needed.

Labour has lost our trust!

Traditionally, our area has voted Labour. I did. We did this because we trusted the party, and did not think much about the local candidate.

These days, Labour offers us career politicians who live In places such as Otley or Guiseley and have no personal ties to Middleton or Belle Isle. How can they solve our local problems when they don't understand them? How can they understand them when they are never here? Not that they care: for them, representing us is just another step on the party ladder.

The time has come to judge the candidates on individual merit? It is time to forget about our old party allegiancies. We trusted them, and they let us down. We must therefore focus on the candidate's efforts, achievements and ideas.

Has the candidate really made a sizeable positive difference to local people's lives? Or are they just the latest empty suit put up by the Labour Party?

If you want to know more about "My local policies", and how I think the Council could be made to work for Middleton & Belle Isle, visit the next page. 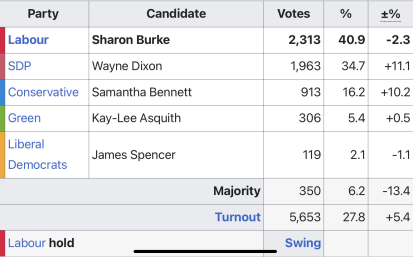 The table on the left shows the Middleton Park ward (Middleton & Belle Isle) at the last council elections. Labour likes to pretend that the Conservative Party is its main oppostition in Middleton and Belle Isle. This is a trick. They want to fool you into thinking a vote against them is a vote for the Tories. That is why they spend more time talking about the Tories than they do about Middleton and Belle Isle. However, as you can see, I am the real opposition; the Conservative candidate has never finished above me.

I have consistently increased my vote share for the Social Democratic Party and continue to do so as the turnout increases.

In both 2018 and 2019, less than a quarter of those registered to vote in Middleton and Belle Isle actually did so. In 2021 we had 27.8% of voters turn out, which leaves a massive 72.2% of people who can make real change. Results show that the more people who turn out, the closer I get - that's a fact.

We all care for our community. We can all see how great it can be if it had a councillor who understood our community and wanted to work hard to improve it. We all know Middleton & Belle Isle deserves better. However, nothing will change unless the 72.2% of people who didn't vote last time take half an hour to get to the ballot box and send a message to Leeds City Council. They will not listen unless you do!

One thing is clear, the more people that vote, the closer to removing Labour I become.

Do you want to help you neighbours improve our community? click here or the image above above. 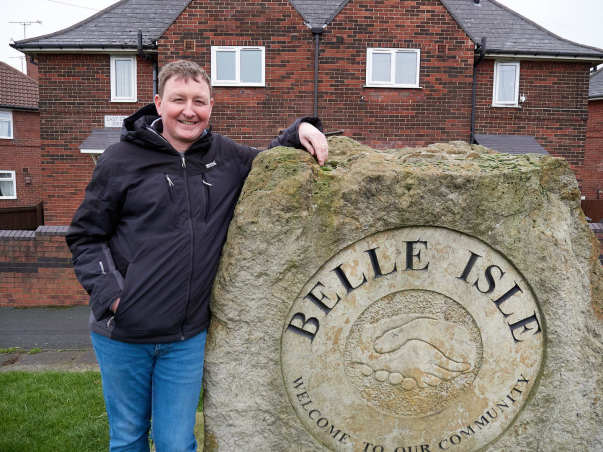 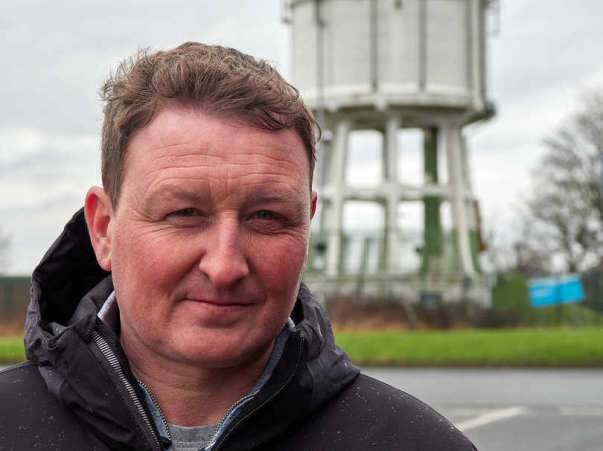 The Social Democratic Party is a party steeped in history, the Party still holds the same values, but with very big policy differences from it's start in the 1980's. Take a look and see what you think.

Simply click 'become a member' above or any SDP logo and it will direct you to www.sdp.org.uk