Who am I? Why Stand for Election?

My name is Wayne Dixon. I’m a 37 year old family man, married to Sarah, father of two young boys. I have always lived in Middleton or Belle Isle, I still do, Middleton now. I love our area and I am passionate about improving it for me, for my family and for my community.

I’ve been a member of Belle Isle WMC since I was 18. I am a volunteer, founder and now Secretary of Middleton Park FC where I also coach several junior football teams. I have previously sat on the Stop Park and Ride Stourton (SPARS), West Yorkshire Association Football League, Leeds Football Association and the Leeds Red Traingle Football League's committees. I currently sit on the following boards and Trustee boards - all in my spare time.

I work full-time as a Employment & Engagement Support Worker for an Organisation in Leeds and have done so since 2013. I help people who are homeless or at risk of becoming homeless in South Leeds to move into education, training or employment. I was previously a Youth Worker in South Leeds for 8 years at Health For All (Cupboard Project), working in our community, Cockburn College of Arts and South Leeds Academy Schools (Cockburn John Charles as it is now). I have also worked in other sectors, including Warehousing, Retail and Sales. My history has given me a good understanding of different issues, such as financial pressures, childcare costs, etc, that can be experienced by families in similar circumstances is lived understanding.

In late 2003, early 2004, I started a football club (Middleton Park FC) for the kids on the local estates and I have continued to do this ever since. I have decided to stand as a councillor because I have first-hand experience of how many of the local decisions are made; I feel that the interests of the community are not always at the heart of these decisions.

For example, Middleton Park FC proposed using Middleton Golf Club as a community space and our councillors agreed this would help us be more sustainable too. However, a petition for a cycling trial track was raised by a cycling business from Rothwell; Our Councillors backed this, but wouldn’t explain why both ideas couldn’t be integrated together. This was despite our offer of using the space for all sports - including cycling!  We asked local people to support our ideas and many did through the council’s consultation. This was never publicly released and I feel the local people were simply ignored. I will be campaigning for the South Leeds Golf Club to be designated for young people's activities.

The Council's poor consulations are a regular way of forcing unwanted things on our area, for example the Park & Ride which i campaigned against, with the SPARRS groups. Simply moving pollution is not going to help the many people in our area suffering from respiratory illnesses, our council have failed to support the most vulnerable in our community, with some of the highest rates of respiritory illness in the City, our councillors should be supporting us.

Since standing in the 2016 local elections i have realised that my voice isn't the only one not being listened to and that many issues go unanswered or are simply ignored. I struggled as independent to get myself noticed and soon realised i needed to join a party to have any chance of success against Labour, so i have joined a Party called the Social Democratic Party (SDP) and from there I went on to double my vote share.

Labour has run Middleton as far as records go back, is it time for something new? In May i will be again standing to be counted. Growing up in Thorpe Square, Middleton in the 80's/90's i have heard people complaining about the same things that people still complain about today, so ask yourself, is a Labour Council really changing things for the better in Middleton & Belle Isle? Do we need three Councillors working hard for us instead of just the one we have now?

I would like to solve the issues in our community and for our community to realise that the Labour Council has failed us for many years. I was brought up on the Thorpe's in Middleton in the 1980's where residents often complained about Dog fouling on our streets, damp in our houses and anti-social behaviour across our estates, has this changed at all whilst we have had Labour Councillors? NO, so together we can unite and show our councillors this isn't good enough and the only way to do that is at the poling stations.

If we ALL stand forward and vote, we can have Councillors that care more about where we live and stand up for us at Council meetings.

I feel our local Labour Council continually make bad decisions and continue to do so.

Thats around £13.6m+ that could have been used better! This money could be used to fund more Police on our streets to target some of the problems we have continuously brought up year after year. I'm not disputing Government cuts, but this can't be an excuse for poor priorities.

It is a concern we spend money entering competitions such as the European Capital of culture without reading the entry requirements first, surely this is a demonstration fo their incompetence? 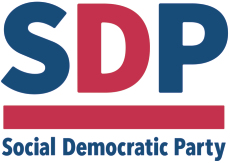 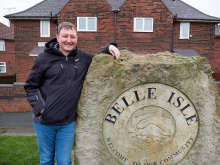 i will continue to work with Highways to look at how future developments will impact on a already busy Belle Isle Road and look at developing a dedicated lane for the M621 to reduce conjestion. 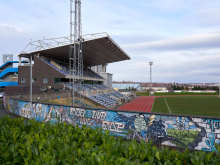 I would develop and support youth provision in the area to develop their facilities further, including all local sports clubs and a Youth Centre in Middleton.

I will continue to campaign for improved playgrounds for OUR children and work to develop more safe play areas. 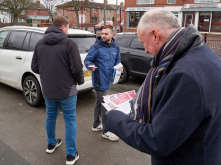 I will continue to campaign about the potential for Middleton to have its own railway station. We are surrounded by railway lines and a station would benefit OUR area and other surrounding areas offering more jobs and a better commute to Leeds City Centre. This will also reduce pollution in the City. 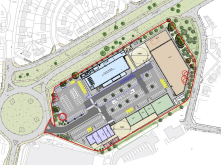 I will work with developers to ensure that all new developments take into consideration the knock on effects on our roads, schools, health services and other public services in our area, but still offer local jobs for local people.